View basket “An Irish Blessing” has been added to your basket.

Bring the scent of Ireland to where you are …………..

Send a bit of Ireland across the miles this year

Send the scent of Ireland across the miles this year …..

Close your eyes just for a moment. Imagine yourself back in Ireland, maybe in the West, on a mild, soft day. Breathe in deeply and you’ll catch that evocative, earthy scent of turf smoke drifting in the air. There’s nothing quite like it anywhere else in the world and it instantly transports Irish people everywhere back home. Right now, you’re holding that piece of that turf, ‘the auld sod’, in the palm of your hand…..

Packaged  in a beautiful transparent cello bag with header and has the Guaranteed Irish stamp seal of approval and comes in a padded envelope for safe delivery.

What a super gift from Ireland from the wild Atlantic wa!

Greenway Gifts gets Royal seal of approval  -look what was said in the papers !!

It’s not too often the postman in Partry, Co. Mayo delivers letters bearing the official Buckingham Palace seal. That’s what happened recently however, when Angela Burke from Greenway Gifts found herself the recipient of a rather unusual letter – from Queen Elizabeth II.

Angela Burke’s most recent, and most successful Greenway Gifts product, is “Angela’s Auld Sod” which is a clever package of gift wrapped Mayo turf which can be delivered anywhere around the world. “It reminds people everywhere about Ireland and Irish things”, says the enterprising Partry woman, “I remembered how much the Queen had enjoyed her visit to Ireland, and it struck me that she might appreciate a reminder of it, so I wrote her a little note and sent “Angela’s Auld Sod” off as a Christmas present for her. I thought that would be the end of it”.

Much to Angela’s surprise, she received a personal response from Buckingham Palace, where The Queen thanked her for her letter and “Angela’s Auld Sod”. “It was signed by a Lady in Waiting”, said Angela, “She said The Queen was touched by the gesture, and I have to say I was really surprised and pleased to get the letter”. Appropriately, ” Angela’s Auld Sod” has just received Guaranteed Irish approval.

Angela’s clever idea came to her while she was cycling the Greenway one sunny day last summer. “Isn’t it remarkable”, she smiles, “A casual thought popped into my mind while I was enjoying a day out, and now it has become a reality and is bringing wishes from Mayo all over the world”. Angela is no stranger to celebrity endorsement – her Greenway Gifts products have been presented to none other than President Barack Obama and our own President Michael D. Higgins.

“Angela’s Auld Sod” is available in Ireland West Airport and in shops all along the Great Western Greenway walking and cycling trail which runs from Westport to Achill. . The pack is available in two sizes and includes a personalised message in Irish and English, plus a Story of the Bog sheet for framing. You will receive a text confirming that your present has left Greenway Gifts and is winging its way to America, England, Australia – or wherever your loved ones are.

It’s a very simple and cost effective way to send a thoughtful present abroad with literally no hassle for the sender. 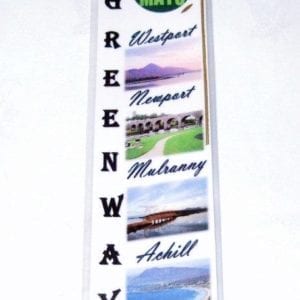 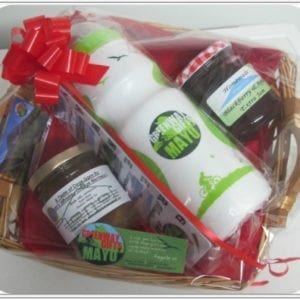 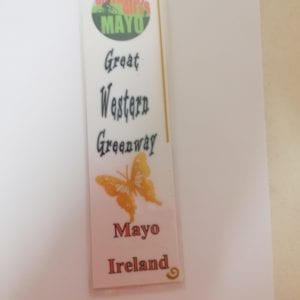 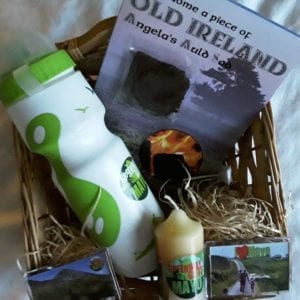 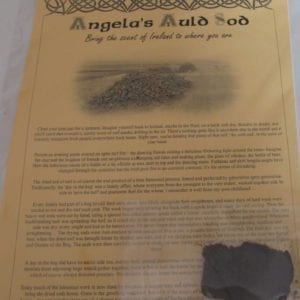 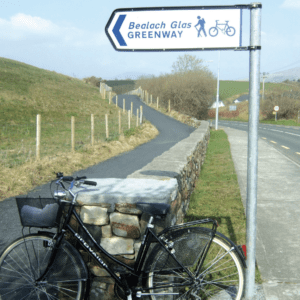 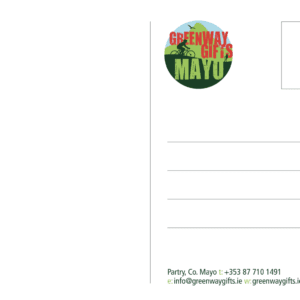 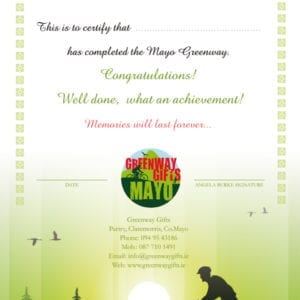 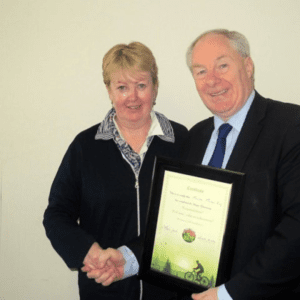 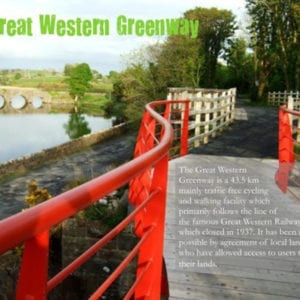