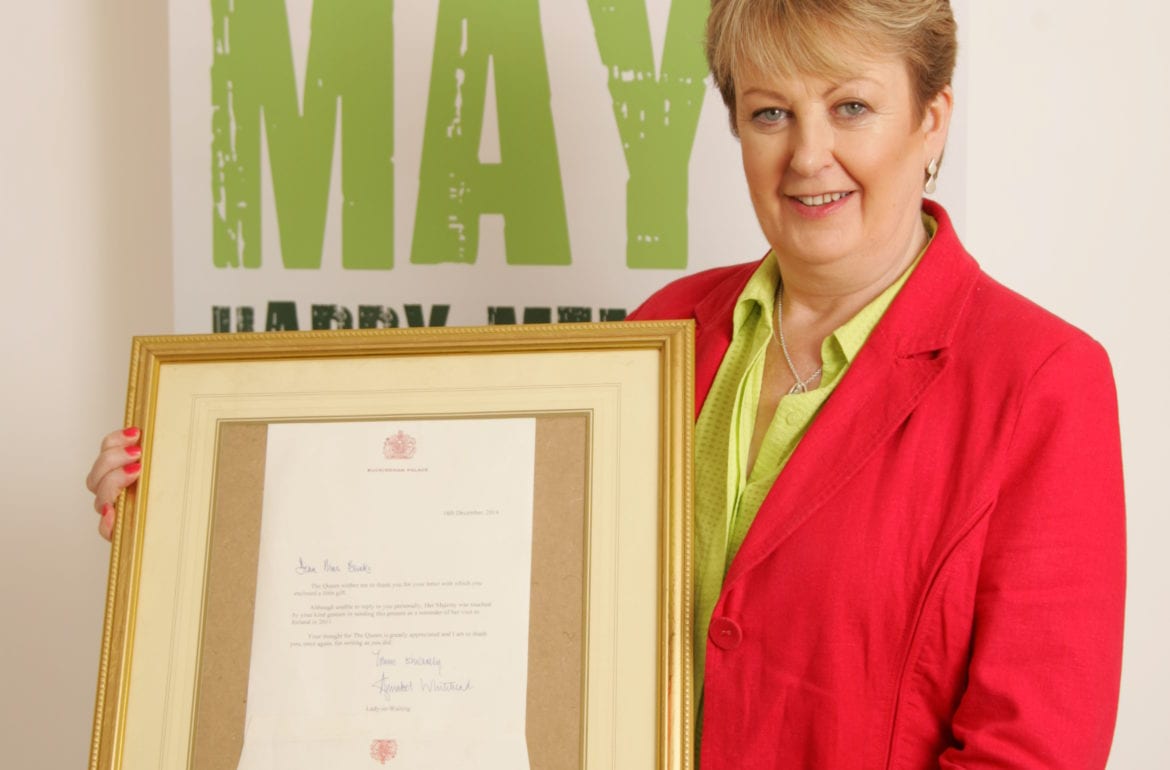 Welcome to My very first Blog “I don’t want to go viral; I want to set hearts on fire “(Coco. J Ginger)
The timing is perfect, A New Year, A Brand-New website, A New Start so here to 2020…. Drama and excitement every day .

One day in my life :Postman Pat bring news at Christmas News

Well really, our postman name isn’t Pat but Peter and it’s not often the postman in Co. Mayo delivers mail bearing the official Buckingham Palace seal. This happened one dull rainy day in the West of Ireland .My heart pounded as I looked in astonishment at the cream letter and yes, it was from Queen Elizabeth II.

My most recent, and most successful Greenway Gifts product, is “Angela’s Auld Sod” which is a package of gift-wrapped Mayo turf which can be delivered anywhere around the world. It reminds people everywhere about Ireland and Irish things, I remembered how much the Queen had enjoyed her visit to Ireland, and it struck me that she might appreciate a reminder of it, so I wrote her a little note and sent “Angela’s Auld Sod” off as a Christmas present.

I thought that would be the end of it. but to my surprise, I received a personal response from Buckingham Palace, where The Queen thanked me for her letter and “Angela’s Auld Sod”. It was signed by a Lady in Waiting”, ” The Queen was touched by the gesture, and I have to say I was really surprised and pleased to get the letter”. Appropriately, ” Angela’s Auld Sod” has also received Guaranteed Irish approval.

This clever idea came while I was cycling the Mayo Greenway one sunny summer day. A casual thought popped into my mind while I was enjoying a day out, and now it has become a reality and is bringing wishes from Mayo all over the world.

Greenway Gifts has got celebrity endorsement – Greenway Gifts products have been presented to none other than President Barack Obama and our own Irish President Michael D. Higgins.

“Angela’s Auld Sod”. if you’d like to send a bit of real Irish turf abroad as a present, you can order it through the website (www.greenwaygifts.ie).
It’s a very simple and cost-effective way to send a thoughtful present abroad with literally no hassle for the sender.

Enjoy -till next time
Angela

What Heritage means to me